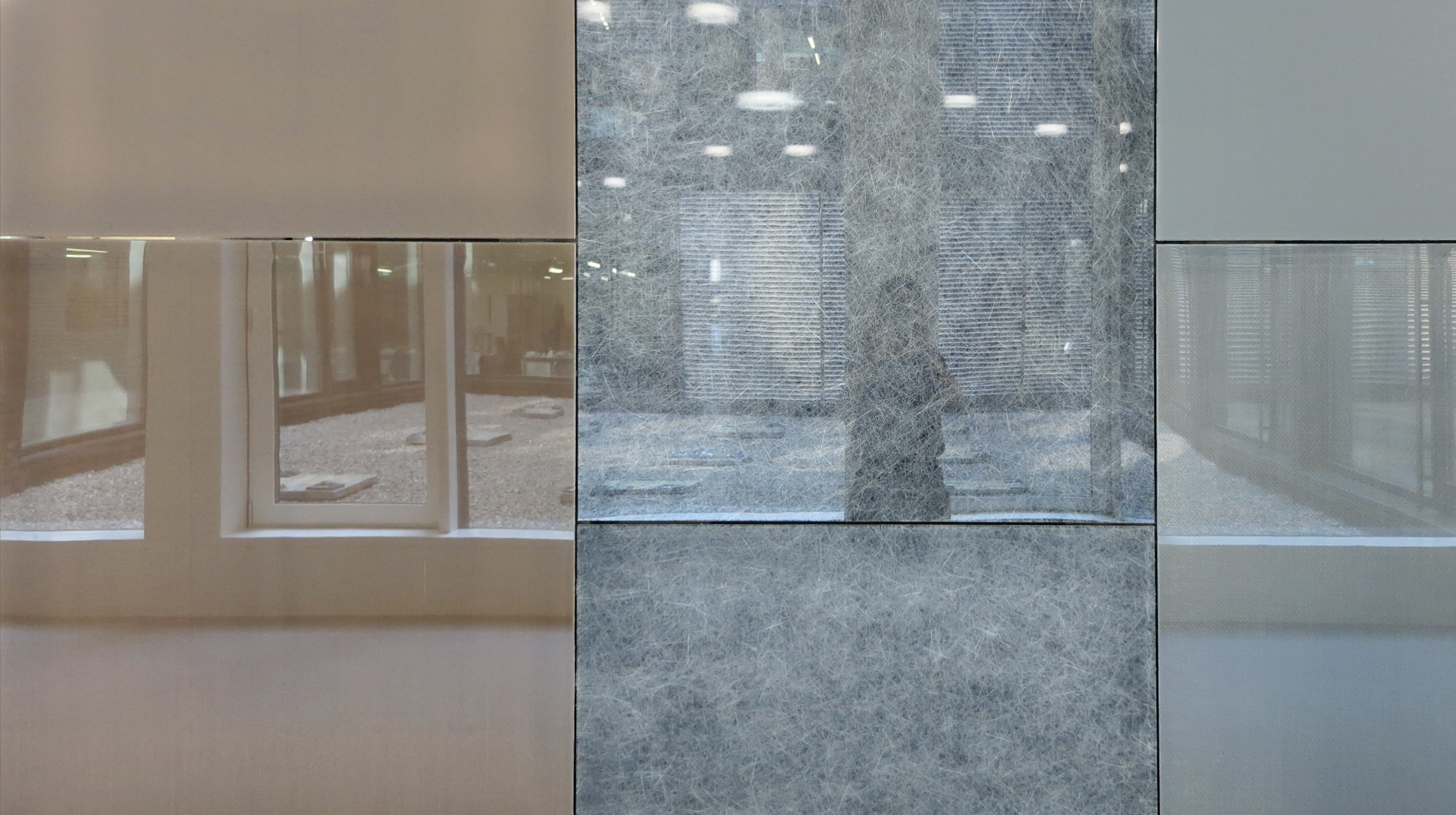 The 9th edition of the Ecoparc Forum gathered approximately a hundred participants on September 8 in the Auditorium of Microcity, the EPFL antenna in Neuchâtel, Switzerland. Entitled "Solar potential of urban territories: towards new paradigms ?", this forum was organized in partnership with the ACTIVE INTERFACES research project, supported by the Swiss National Science Foundation (SNSF) in the framework of the National Research Program "Energy Turnaround" (NRP 70). This event was the occasion to present the prototype of a novel construction system for photovoltaic façades. The prototype is the result of a partnership between the CSEM, the Laboratory of Architecture and Sustainable Technologies (LAST) of the EPFL and the company H.Glass. It is part of the PV 2050 research project, also conducted in the framework of NRP 70.

While still dependent on non-renewable primary energy sources (gas, oil and uranium), Switzerland is starting its energy transition. In this changing environment, the production of photovoltaic electricity constitutes an increasing issue for the coming decades. The issues, however, are not only quantitative but also qualitative. Currently, only a small percentage of Building Integrated Photovoltaic systems (BIPV) potential is valued in cities and urban areas.
Recent technological developments offer new perspectives, not only in terms of energy performance, but also in terms of industrial innovation and architectural integration. Thanks to an expanded range of technologies, textures and colors, photovoltaic systems can now be more easily integrated into the building envelope, both in the roof and façade. The result is new paradigms for urban and architectural projects, whether for new buildings or for renovations. Exceeding their current status as consumers, buildings are also likely to become electricity generators. This development is a major challenge for current practices, both at environmental and socio-economic levels.
During the Ecoparc Fourm 2017, researchers, practitioners and persons in charge of the public communities in Switzerland, France and Belgium, shared their research enabling attendees to identify challenges inherent to the energy transition and steps to promote the integration of solar active systems in to urban renewal processes. Speakers included Prof. Emmanuel Rey, head of the LAST at EPFL and president of the organization committee, Prof. Christophe Baillif, head of the PV-Lab at the EPFL, Dr. Laure-Emmanuelle Perret-Aebi, sector leader at the PV Center of the CSEM, Dr. Hans Curtius from the Institute for Economy and the Environment of the University of St-Gall, Karl Viriden, founder of the architectural firm Viriden & Partner in Zurich, and Raphaëlle-Laure Perraudin, director of the office Jourda Architectes Paris.
The morning was dedicated to the issues related to the solar potential in the Swiss urban areas. The thematic approaches have shown the importance of the recent development in the field of photovoltaic systems and the huge increase of the architectural integration possibilities. The afternoon was an opportunity for participants to share experiences in the framework of projects in Switzerland, France and Belgium. Rich in teachings and visions for the future, this day was an opportunity to bring together researchers, practitioners and public authorities to examine the evolutions taking place in urban territories.
The Ecoparc Forum was also the occasion to present the prototype of the «Advanced Active Façades» (AAF) construction system. The development of the AAF system is based on an interdisciplinary approach regarding the façades of the future and the integration of several objectives, in particular facilitating the possibilities of architectural integration, prefabrication of elements, low environmental impact (low carbon façade) and efficiency in photovoltaic technology.
Association Ecoparc Homepage
Ecoparc Forum 2017 Homepage
Program of the Ecoparc Forum 2017
NFP 70 “Energy Turnaround" Homepage